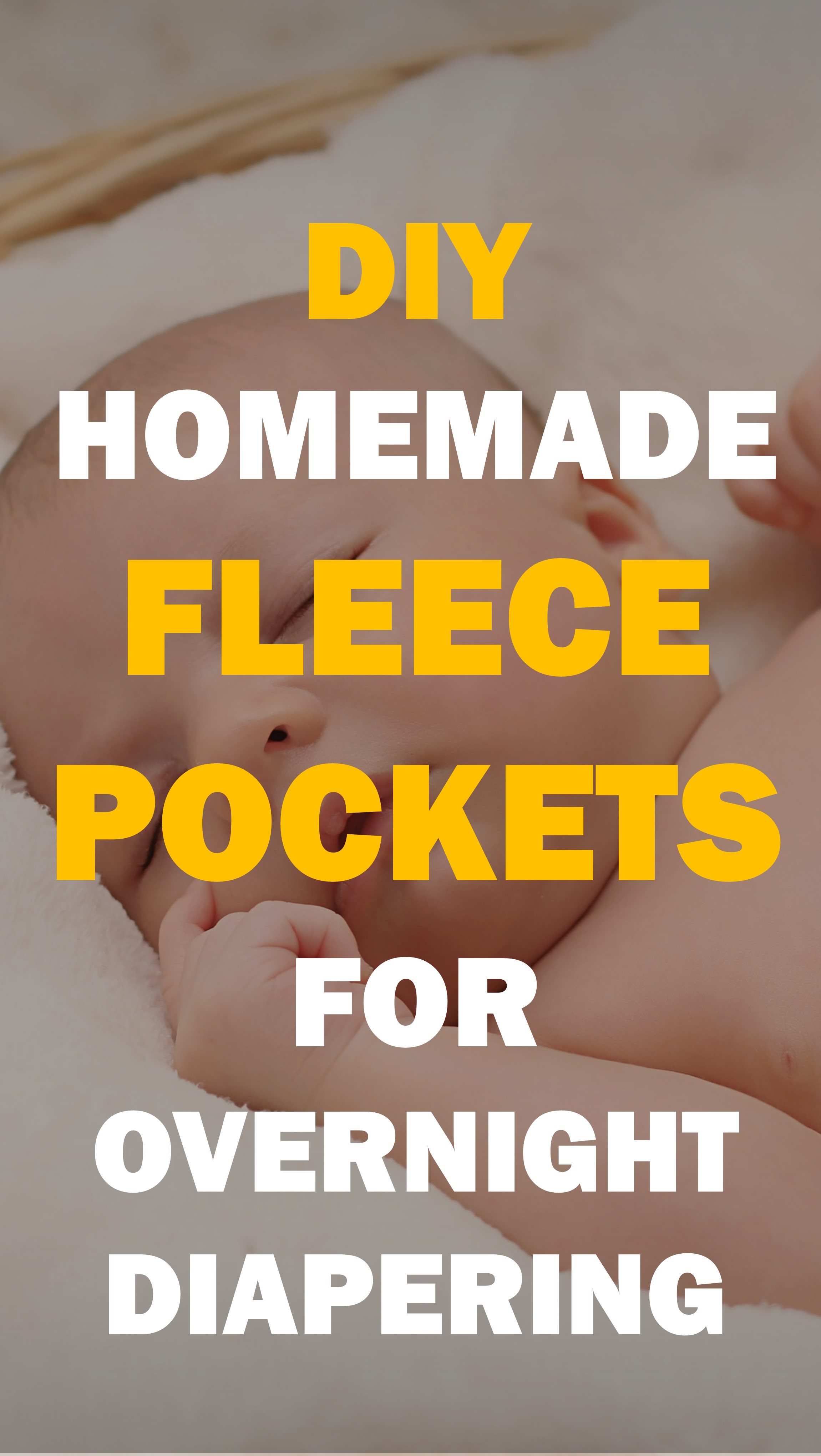 These DIY homemade fleece pockets ended up being an essential part of my overnight diapering system. After trying many different options, I had ended up preferring to use Windpro fleece covers overnight. I liked them best because of their breathability, softness, and the lack of red marks on the kids. However, juggling a cover, trifolding the hemp jersey flat diaper, and laying a fleece liner on top was getting to be sort of a pain. Plus, the kids’ skin came in contact the wet diaper around the edges of the liner. These homemade fleece pockets solved all of these issues.

I bought some fleece at Joanne’s (thin, but soft), cut pieces to the size I needed, folded them, and sewed them on two edges. 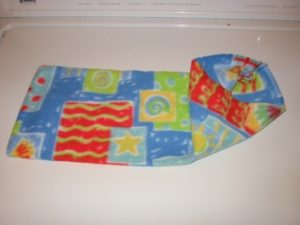 Things to keep in mind:

At diaper folding time, I just trifolded the hemp flat as usual and stuff it into the pocket. 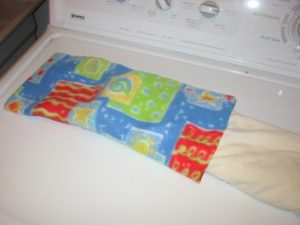 Then when it was time to put on the diaper, I laid the pre-stuffed pocket in the cover, closed it and it was all set. 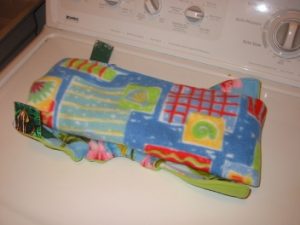 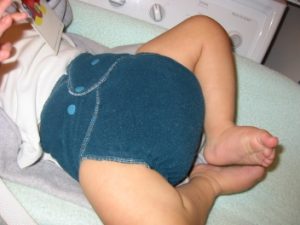 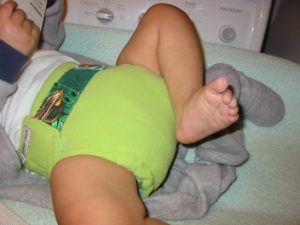 This ended up fairly bulky, but not terribly so. Both kids could move around just fine and they woke up nice and dry in the mornings :). These homemade fleece pockets would work equally well with any wraps, including Bummis or Proraps.

If you’re looking for Windpro fleece covers, these covers from Little Boppers look like a great option.